History and Geography of Gascony 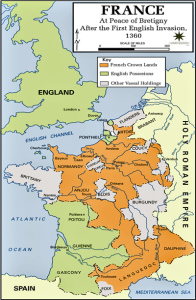 History and Geography of Gascony, Gers.

The most important towns are :

In pre-Roman times, the inhabitants of Gascony were the Aquitanians (Latin: Aquitani), who may have spoken a language related to modern Basque.

The Aquitanians inhabited a territory limited to the north and east by the Garonne River, to the south by the Pyrenees mountain range, and to the west by the Atlantic Ocean. The Romans called this territory Aquitania, either from the Latin word aqua (meaning “water”), in reference to the many rivers flowing from the Pyrenees through the area, or from the name of the Aquitanian Ausci tribe (whose name seems related to the Basque root eusk- meaning “Basque”), in which case Aquitania would mean “land of the Ausci”.

In 297, as Emperor Diocletian reformed the administrative structures of the Roman Empire, Aquitania was split into three provinces. The territory south of the Garonne River, corresponding to the original Aquitania, was made a province called Novempopulana (that is, “land of the nine tribes”), while the part of Gallia Aquitania north of the Garonne became the province of Aquitanica I and the province of Aquitanica II. The territory of Novempopulana corresponded quite well to what we call now Gascony.

Novempopulana suffered like the rest of the Western Roman Empire from the invasions of Germanic tribes, most notably the Vandals in 407-409. In 416-418, Novempopulana was delivered to the Visigoths as their federate settlement lands and became part of the Visigoth kingdom of Toulouse.

It is then, around 600, that taking advantage of the power vacuum thus created, the Basque clans descended from their refuge in the western Pyrenees and established their hegemony over Novempopulana. This may be why Novempopulana became known as Vasconia (that is, “land of the Vascones”, the Latin word “Vasco” later evolving into the word “Basque”), while widespread slab engravings with Basque-related names or Caesar”s ethnic descriptions point to an earlier presence of the Basque in the area. The word Vasconia evolved into Wasconia, and then into Gasconia (w- often evolved into g- under the influence of Romance languages, cf. warranty and guarantee, William and Guillaume). Quite paradoxically (or logically) the Basques from the French side of the Basque Country traditionally call anyone who does not speak Basque a Gascon.

Although the Basque clans dominated Gascony, the gradual abandonment of the Basque-related Aquitanian language in favor of a local vulgar Latin, a process which was well under its way, was not reversed. This local vulgar Latin later evolved into Gascon. It was heavily influenced by the original Aquitanian language (for example, Latin f- became h-, cf. Latin fortia, French force, Spanish fuerza, Occitan fòrça, but Gascon hòrça). 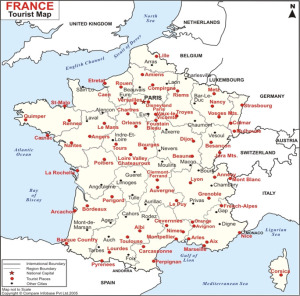 Viking raiders conquered several Gascon towns in 842-844, including Bordeaux and Bayonne, from where they were only expelled in 982-986 by William II Sanchez.

Their attacks in Gascony may have helped the political disintegration of the Duchy.

His 1152 marriage to Eleanor of Aquitaine allowed the future Henry II to gain control of his new wife”s possessions of Aquitaine and Gascony. This addition to his already plentiful holdings, made Henry the most powerful vassal in France.

In 1248, Simon de Montfort was appointed Governor in the unsettled Duchy of Gascony. Bitter complaints were excited by de Montfort”s rigour in suppressing the excesses of both the seigneurs of the nobility, and the contending factions in the great communes. Henry III yielded to the outcry and instituted a formal inquiry into Simon”s administration. Simon was formally acquitted on the charges but, in August 1252, he was dsmissed in any case. Henry then himself went to Gascony pursuing a policy of conciliation; he arranged marriage between Edward, his 14 year old son, and Eleanor of Castile, daughter of Alfonso X. Alfonso renounced all claims on Gascony and assisted the Plantagenets against rebels such as Gaston de Bearn who had taken control of the Pyrenees.

In December 1259, Louis IX of France ceded, to Henry, land north and east of Gascony; in return Henry renounced his claim to many of the territories that had been lost by King John.

In May 1286 King Edward I paid homage before the new king, Philip IV of France for the lands in Gascony. However in May 1295 Philip ”confiscated” the lands. Between 1295 and 1298 Edward sent three expeditionary forces to recover Gascony but Philip was able to retain most of the territory until the Treaty of Paris in 1303.

Our Gite is available from May all the way through to October. You can check availability and send and enquiry by clicking the link below. Book now and avoid Disappointment